In games, there’s more to storytelling than just characters and plot. The experience of a player in the world is also a major component. For the Narrative Team, our job as writers is to bring all three elements together to craft a compelling, gripping story. In Guild Wars 2 Living World episodes, plot turns and plot twists most often live in instances, and character arcs weave throughout as invisible drivers of the episodes. But where and when does the player experience get to hog the spotlight, hmmm?

Gather round, y’all. Today we are talking about the mysterious and wondrous subject of open world storytelling. Oooooooh. Aaaaahhhh. 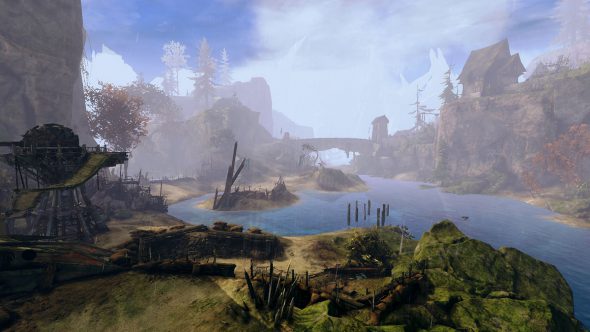 The open world is usually where our biggest gameplay happens in an episode. In order to really make a player’s experience part of the narrative, that gameplay has to mean something. Your character’s actions—whether battling beside allies, solving a puzzle, or partying in a mosh pit—are all a part of the commander’s story. Those actions might move the episode along by changing the world’s circumstances or by influencing how other characters see the commander. The play becomes part of the story and the story part of the play.

Every event you participate in adds to your view of what’s important in a given episode. When the stakes of the gameplay align with the stakes of the story, the story becomes more immediate for you. So if we come up with events that add to the core themes of the story, we can give you a richer player experience, which in turn makes the story itself more compelling. Even if an event doesn’t feature any key NPCs from the episode, we can impact the commander’s emotional journey by setting event goals that reflect where you are in the narrative.

Which brings me to another aspect of the open world that we use to crank up the story: immersion. One of the things we all love about Guild Wars 2 is how fully fleshed out the world is and how we feel a part of that world while playing. 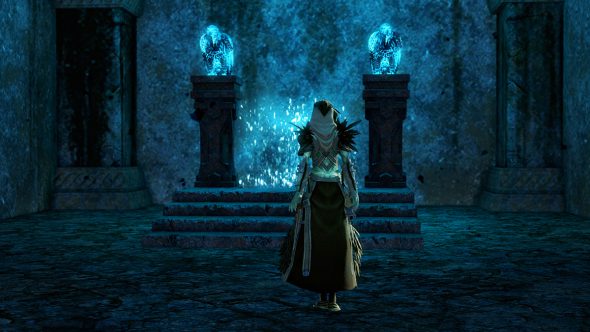 The open world is the most living world of Living World episodes. It’s where the environment that makes up the story really shines through. The look and feel of the terrain, the lighting, the weather, the sounds of life or the lack thereof, all contribute to a player’s experience of the world and set the moods that color the themes of the golden path story.

With map-wide announcements we can bring characters into the open world who might otherwise be confined to story instances. For example, Bangar Ruinbringer’s rotating loudspeaker announcements in The Icebrood Saga‘s prologue episode “Bound by Blood” give you glimpses into who he is and what he cares about. With ambient dialogue, the casual conversations between random NPCs around the open world, we can convey the heart of the story. Similarly, interactions with event NPCs offer players another immersive path into the story. What are these characters’ hopes, their dreams, their fears? The tone of the episode, the state of the world, the themes that the golden path is tackling—all these become more immediate and more real through the conversations of the average people that populate the world.

Sometimes the very presence of other players alongside you is what adds to the story in the open world. The Metal Legion concert in “Bound by Blood” is a perfect example. In instances in that episode, it was Bangar standing up on a stage or a wintery overhang riling up the crowds. In those instances, players are mostly witnesses to those moments. In the open world, players become the crowd and get to feel that energy for themselves. That communal, frenetic energy of the concert let you feel what it’s like to be charr—even if you don’t usually play as one. That was the positive side of that episode’s coin. The flip side was that maybe you also understood how easy it might be to get swept up into the mob mentality that Bangar later takes advantage of. Story in the open world can be just as complex and nuanced as what’s contained in instances.

And that’s just what we can do with an average event. 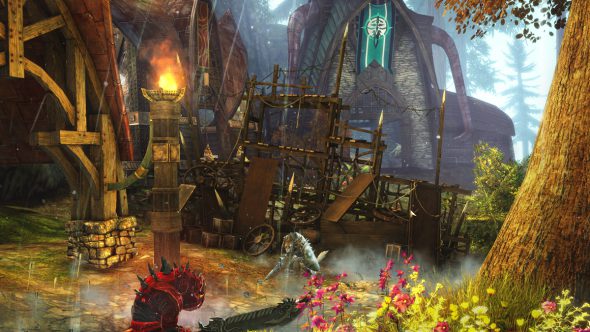 Map-wide meta-events are a chance for us to amp up the player experience even more. If you’re not familiar with them, these are a series of events of varying sizes that are all working toward a single overarching goal. Meta-events are usually cyclical—they regularly reset and are not tied to the linear progression of the episode’s golden path story. Yet they have the chance to embody some of the most resonant storytelling in a Living World episode if we craft them carefully and intentionally. In the case of the upcoming episode “No Quarter,” the map-wide meta-event is going to put you right into the thick of the charr civil war.

Every element of open world storytelling mentioned above is going to make an appearance in the meta-event for “No Quarter.” Plus, when we chose which NPCs to guide you through the linked events, we made sure to select characters with personal stakes in both the outcome of the meta and outcome of the golden path story. You’ll be spending quality time with a couple of the legion imperators, Efram Greetsglory and Malice Swordshadow, each with their own perspective on and experience of the civil war. And because the actions and activities that player characters engage in during this epic battle are tied to the most important themes of the episode, every moment you spend participating in this open world meta-event will make the commander’s journey richer and the story more impactful.

There you have it. In open world storytelling, player experience is the star. So what are you waiting for, Commander? Jump into the trenches in “No Quarter” and find out just what this civil war means for the charr.